Last year I wrote a WinRT app that uses CSLA in a typical fashion to store data on the local client. But the app mostly bypasses CSLA when syncing to Azure because I opted to do bulk transactions using the standard Mobile Services interface. In part, I did this because it seemed the easiest route to take given my time limitations and for the built-in security of AMS. It looks like the following: 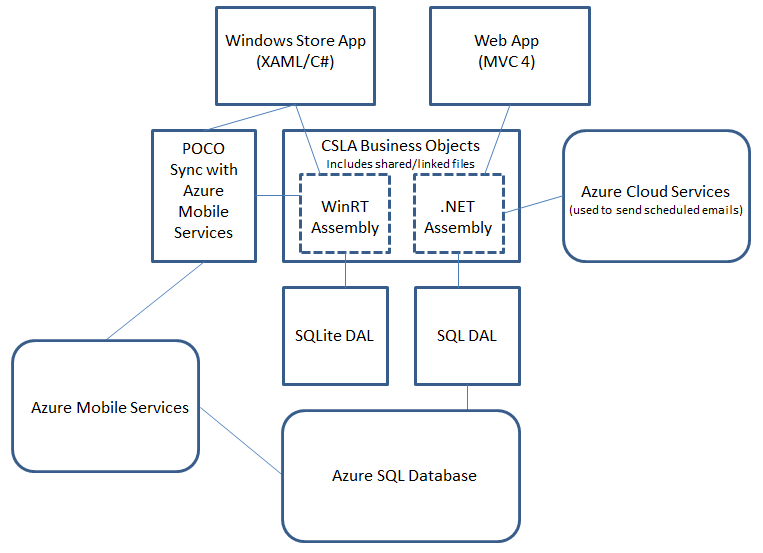 Now I'm designing a new WinRT app and I'd like to know if there are any recommended ways for utilizing both AMS and CSLA together in a more comprehensive way. It seems like AMS short-circuits one major benefit of CSLA, wherein the BOs reside on both the client and the server. Is it better to just stand up an Azure VM to host the remote data portal instead of messing with AMS? Has anyone used AMS with CSLA effectively? Thanks.